With her grace and charm, award winning singer-songwriter Catherine MacLellan captivates audiences with deep emotional connections through intimate lyrics as well as easy-going and light-hearted fun.

“A lyricist wise beyond her years and with a voice like honey dusted with gold she shares the gentle darkness of her lyrics which are sometimes countrified, sometimes lamentful and sometimes tinged with joy”

Catherine MacLellan has become one of Canada’s finest and favorite singer-songwriters on her own merits. She’s kept away from the media circus and celebrity scene, preferring to live at home in rural Prince Edward Island. She’s worked diligently at her craft, releasing a series of remarkable, creative albums, culminating in the Juno Award-winning The Raven’s Sun from 2014, to go along with multiple East Coast Music Awards, Canadian Folk Music Awards, and Music PEI Awards. Most impressively, she has chosen to carve out her career path without trading on her family name.

That’s pretty hard to do, when your father is one of Canada’s most famous songwriters.

“I was born to do this, and my father [the late Gene MacLellan] taught me the ways of a songwriter. I first used songwriting as a way to find out who I was. Now with every song I hope to find truth in inspiration and light in the dark.”

Since then she has toured internationally, and her music has been a perennial fixture at the top of Canada’s Roots Music Charts, winning acclaim from international media including the Austin Chronicle, The Boston Globe, BBC Radio, Maverick Magazine and Q Magazine.

Her latest release, The Raven’s Sun, takes the listener further along Catherine’s journey in song, delving deeper into the territories of life, death and transformation. Produced by her long-time musical partner, Chris Gauthier, The Raven’s Sun shines light on their musical chemistry and catches them both at their best. This album is another reminder that Catherine’s songwriting is unparalleled among performers of her generation. 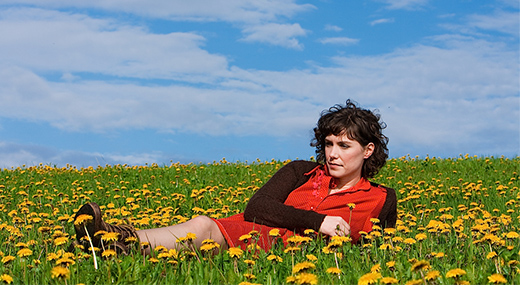