Can a simple tree fungus be a historical document? As part of the Sheldon’s monthly exhibit  Hidden Treasure Series, Archivist Eva Garcelon-Hart and Middlebury College Professor Bill Hart will  discuss a unique rendering of the John Brown farmstead in North Elba, New York, on a 19th-century tree fungus.  The fungus along with several stereographic photographs depicting the Brown cemetery grounds were donated to the Sheldon Museum in 1891 and will be on display through the month of October.

The carving and the photographs illuminate unexpected chapters of national and regional history. John Brown (1800-59), a pious radical abolitionist, is best known for his raid on the federal armory in Harper’s Ferry, Virginia in October 1859 for which he was executed. He is less well known as a founding member and resident of the free Black community, Timbuktoo, near Lake Placid, NY. Brown, two of his sons, and several other insurgents are buried together in the family cemetery on the farmstead grounds.  Vermont legislature designated October 16, 2017 John Brown Day in his honor. 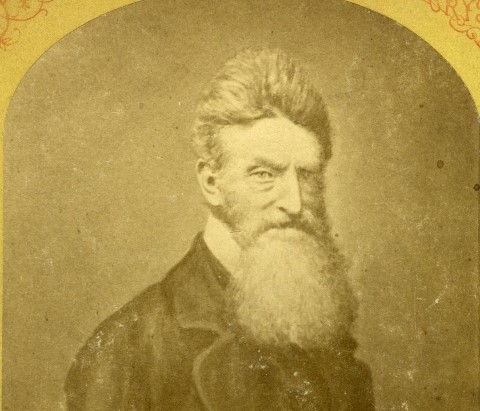