Alonso Cueto, Pontificia Universidad Católica del Peru, will deliver a talk about his forthcoming historical novel (yet untitled) about the famous actress and entertainer María Micaela Villegas y Hurtado de Mendoza, known as La Perricholi, arguably the most famous Peruvian woman of the 18th century. Villegas y Hurtado de Mendoza was known for being the mistress of the Peruvian Viceroy Manuel de Amat y Juniet, but in his novel Cueto attempts to provide a nuanced portrait of this figure in order to shed light on Colonial life in Peru. Cueto’s novel will be released in mid 2019. Dr. Cueto will deliver a talk about the process of writing the novel and the research behind it, while also addressing some of the societal issues La Perricholi as a character brings to the table. He will speak from the perspective of a writer trying to make sense of Peruvian society through history and fiction. In doing so, he will address issues of social inequality, racism, ethnicity, politics and gender. 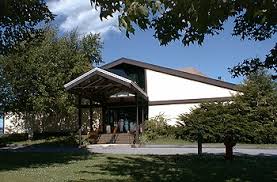