Called a “national theatrical treasure” by the Philadelphia Inquirer, L.A. Theatre Works presents the riveting documentary play SEVEN. Written by seven female writers, it’s based on personal interviews with seven remarkable women who faced life-threatening obstacles—resistance, death threats, entrenched norms, and pervasive violence—yet later brought heroic changes to their home countries of Pakistan, Nigeria, Ireland, Afghanistan, Guatemala, Russia, and Cambodia. SEVEN makes the powerful and timeless statement that even in the darkest times, one person, one voice, and a single act of courage can change the lives of thousands. Q&A with the company after each performance.

Performances at 7:30 both nights 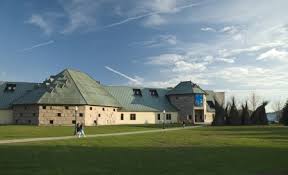