Do spirits live? Are the dead among us? Join noted author Joseph A. Citro as he explores the history of American Spiritualism as practiced in Vermont. Via pictures and stories you’ll meet some of the state’s most colorful practitioners while being transported back to that magical time when the dead spoke, the deceased appeared, and the infinite seemed close enough to touch!

Citro is well known as a collector of offbeat Vermontiana. For more than thirty years he has chronicled the oddities of local history in a series of bestselling books, on public radio, and in his popular lectures. He is written about local Spiritualism in Green Mountains, Dark Tales, and The Vermont Ghost Experience.

The talk is part of a series offered by the Sheldon Museum in conjunction with the Museum’s exhibit Conjuring the Dead: Spirit Art in the Age of Radical Reform. Free with Museum admission. Space is limited, advance reservations are recommended by calling 802-388-2117. For more information about the exhibit and accompanying programs, call the Sheldon or visit: www.henrysheldonmuseum.org. 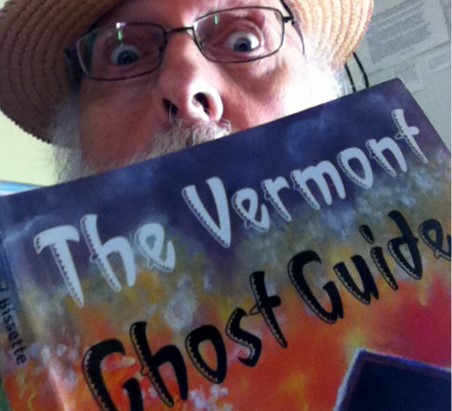