Don’t be fooled by the name! Atlantic Canadian trio The Burning Hell play joyous, wry and witty lyric-driven songs that swing from folk to garage rock, with hints of klezmer, country, rembetika and old-fashioned storytelling along the way.

Over ten years and almost as many albums, the sound of the Burning Hell has changed often, but the band has remained idiosyncratic and unclassifiable—much to the delight of those who love them. The constant has always been songwriter Mathias Kom’s singular outlook on the world: wise and naive, cynical and life-affirming, full of brilliant, unexpected narratives and a deeply felt generosity of spirit.

The band’s live performances underscore these themes: they exhibit a joy and camaraderie too infrequently seen on stage. Indeed, the essence of the band is inclusive and celebratory; whether live or on record, there’s something for everyone. As Tom Robinson of BBC Introducing said about The Burning Hell, “even Jesus is going to enjoy this, once he finally gets here.” The Burning Hell has developed a cult following throughout Canada, the UK and Europe, and are undertaking their first major US tour in the fall of 2019.

For tickets, visit https://townhalltheater.org/event/the-burning-hell/
The THT Box Office is open Monday to Saturday, noon to 5pm. (802) 382-9222 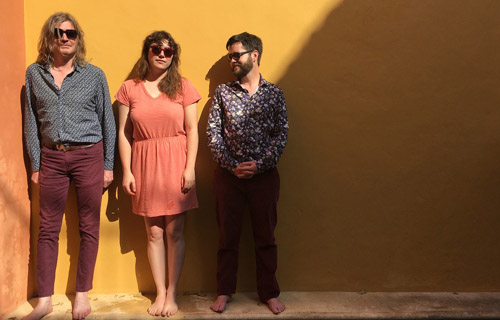