Back to all posts

Spooky Stories from Middlebury & Beyond

As we approach Halloween, our thoughts turn to ghosts, haunted houses, spooky encounters, scary stories and other weird and wonderful things that make this holiday so beloved for so many. We thought we’d do some digging and see what stories from Middlebury and Addison County we could “dig up” for your spine-shivering pleasure. Enjoy!

Special thanks to Joseph Citro for providing us with suggestions for this post. Mr. Citro is a Vermont author and folklorist who has spent years extensively researching and telling these intriguing tales and many more of Vermont’s strangest stories. His nonfiction work includes: Passing Strange: True Tales of New England Hauntings and Horrors; Green Mountain Ghosts, Ghouls & Unsolved Mysteries; Cursed in New England: More Stories of Damned Yankees; Vermont’s Haunts; Weird New England: Your Guide to New England’s Local Legends and Best Kept Secrets; and many others. He has also written five novels: Shadow Child, Guardian Angels, The Gore, Lake Monsters, and Deus-X: The Reality Conspiracy.
The links above will take you to online purchasing options at The Vermont Book Shop. If you’re lucky, you might come across one of Joe’s rarer or out of print books at Otter Creek Used Books.

The Haunting of Shard Villa

Salisbury’s Shard Villa is a well-loved residential care facility, with a melancholy history and a variety of supernatural encounters recorded over the years. The grand and somewhat spooky-looking Victorian era home was built in the 1870s for Columbus Smith, a lawyer and Middlebury College graduate, and his family. While prosperous in his business focusing on international inheritance and estate law, Smith’s life was marred by tragedy, including the early deaths of his children. Columbus, his wife, and their children are interred in a mausoleum on the grounds, but rumor has it they may not be at rest…

At least one staff member has reported seeing Columbus Smith walking the halls of the Villa at night. Another claims to have seen his ghost in his old bedroom. Strange shadows and flashes of light have also been reported, along with doors and windows mysteriously opening and closing, sounds of shattering glass and crying babies, and items disappearing…sometimes to reappear elsewhere in the house.

A Mummy in Middlebury?

Odd as it may sound, there is in fact an Egyptian mummy buried in Middlebury! Henry Sheldon collected many things, and much of his collection remained in his home after his death, becoming the Henry Sheldon Museum on Park Street. One of his odder acquisitions, however, never ended up in the museum.

Since no collection of antiquities is complete without a mummy, Sheldon purchased the mummified remains of a two-year-old Egyptian prince, Amum-Her-Khepesh-Ef, sight unseen in the late 1800s. Unfortunately for Sheldon, the body was so badly degraded that he was unable to display it, and instead he stored it in the attic. In 1945, museum director George Mead had the 3,800 year old prince’s decayed remains cremated and buried in his own family’s plot at West Cemetery. His epitaph reads: “Ashes of Amum-Her-Khepesh-Ef Aged Two Years Son of Sen Woset 3rd King of Egypt and his wife Hathor-Hotpe 1883 BC.” and the headstone is adorned with both Egyptian symbols and a Christian cross. If you choose to go pay your respects, you’ll find the mummy prince about halfway in on the left side of West Cemetery, buried between Emma Moody and Caroline Hawley Mead.

A Tomb With A View

Taphophobia is the fear of being buried alive, and Timothy Clark Smith apparently had an especially bad case…so bad, in fact, that he made elaborate arrangements to avoid this gruesome fate. Perhaps due to his experience as a surgeon, Smith was well aware of the circumstances that could lead to misdiagnosing coma, catalepsy, or other conditions as death, leading to premature burial. The occurrence was common enough that coffins with viewing windows and graveside pulley systems were regularly offered to mourners as options by a largely-unregulated funeral industry. But these assurances of actual death weren’t enough for Timothy Clark Smith, and he made rather more elaborate arrangements. When Smith died (on Halloween!) in 1856, his relatives, gruesomely enough, put off burying him at all until the smell became unbearable in his rented room at the Middlebury Inn, and the authorities insisted they make other arrangements. His remains were then moved to his unique resting place in the Evergreen Cemetery in New Haven.

His specially-built coffin, featuring a viewing window over his face and a breathing tube, was placed at the bottom of a six foot concrete shaft. He had a bell placed in his hand so that he could signal to the living should he awaken. Above him, at ground level, a concrete block with a glass window in the middle was installed to give visitors a view of his face below. Smith’s fears were, in the end, unfounded, and he remains in his grave to this day. Better safe than sorry, we suppose!

The Black Beast of Snake Mountain

In nearby Addison, Snake Mountain is reputed to be home of the one variety of venomous snake found in Vermont…but these reptiles are far from the creepiest thing to be seen on its slopes. Stories of a mysterious and terrifying creature called the Black Beast of Snake Mountain were told by locals in the 1920s and 1930s. While there seems to be no descriptions of this cryptid (an animal that has been claimed to exist but never proven to exist), the stories are chilling. The creature was said to lurk around barns and homes around the mountain. One woman was apparently chased by the beast while driving home from visiting a neighbor. As she sped up to get away, the creature sped up as well, and was gaining on her as she hurtled down a dark winding road. Afraid of getting in an accident, she stopped at the first farmhouse she saw. The beast jumped on her car and began to claw at the roof and the terrified woman leaned on her horn in hopes of attracting the attention of the farmhouse residents. The women of the household reportedly ran screaming back inside upon seeing the creature, and the men followed to grab their guns. When they returned, the beast had vanished.

The beast was also reputed to jump from trees and frighten children on local farms. Attempts to shoot the mysterious animal were unsuccessful, as it was able to disappear without a trace. To this day, no one really knows what it was, and the creature seems to have faded into (bad) memory.

We’re sure there are more ghosts and creepy things in and around Middlebury, but we’d hate to spoil the mystery…you never know what you might encounter on a late October night, and that’s part of the…fun, right? Right?

If a sweeter, friendlier, less frightening Halloween experience is your goal, join us in downtown Middlebury for the Drive-Thru (and Walk-Thru) Spooktacular from 4-7 pm – where the scariest thing that we can imagine would be running out of candy!

Joseph Citro, Vermont’s “Ghost-Master General” is undoubtedly the source used by many of the links below, with or without credit.

Grave of Amum-Her-Khepesh-Ef – Atlas Obscura
Discover the Remarkable Story of a Mummy Buried in Vermont! – Vermonter.com
Story Behind the Ancient Egyptian Prince in Vermont – Historic Mysteries

Timothy Clark Smith: The Grave With a Window – Burials and Beyond
Grave of Timothy Clark Smith – Atlas Obscura
Are you afraid of Vermont? Rediscovering local legends of ghosts and gore – Middlebury Campus
Was a Man Buried Alive in Vermont or Simply a Dead Ringer? – Vermonter.com 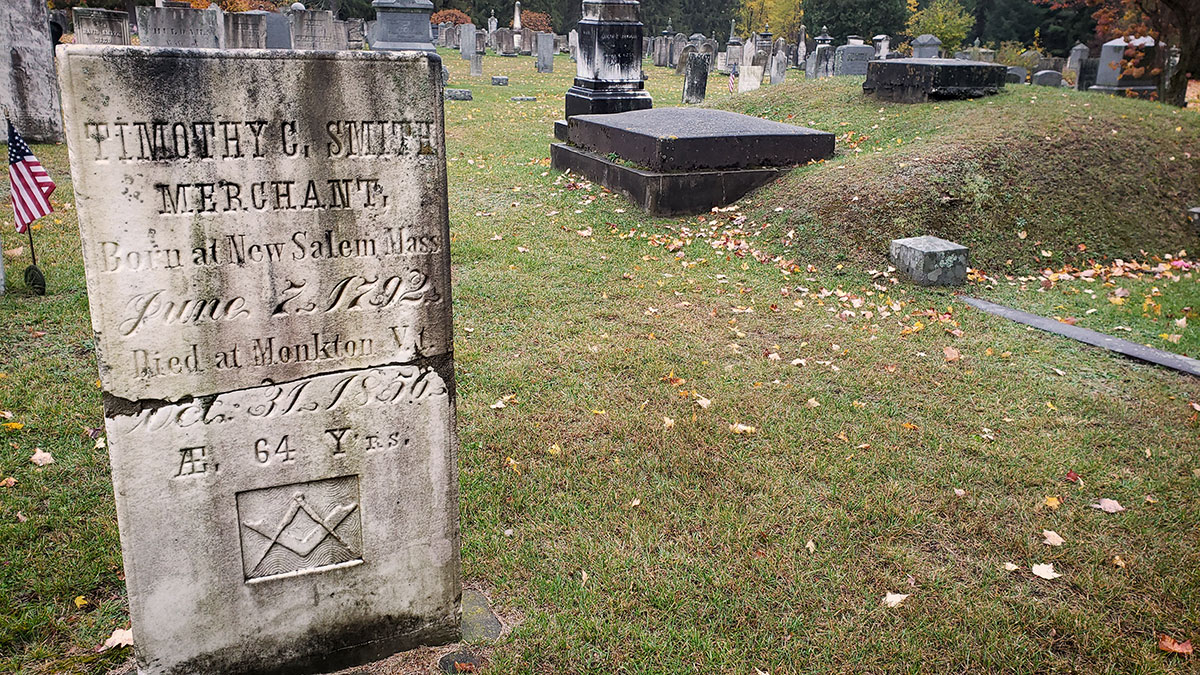 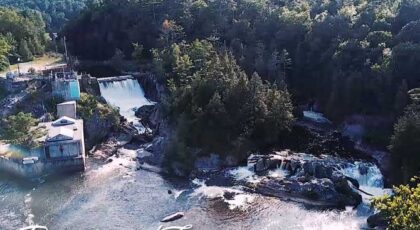 Beldens Falls at the Otter Creek Gorge Preserve, part of the Trial Around Middlebury (TAM) trail system, is a beautiful spot just outside Middlebury. Krista… 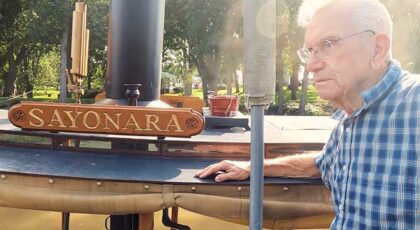 Members of the Northeast Steamboat Association get together every year to run boats and talk steam on the Otter Creek. 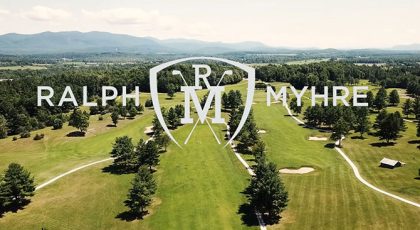 This beautiful, challenging and fun course is a perfect way to enjoy a Vermont summer day. Visit http://www.ralphmyhregolfcourse.com for more information and to book…